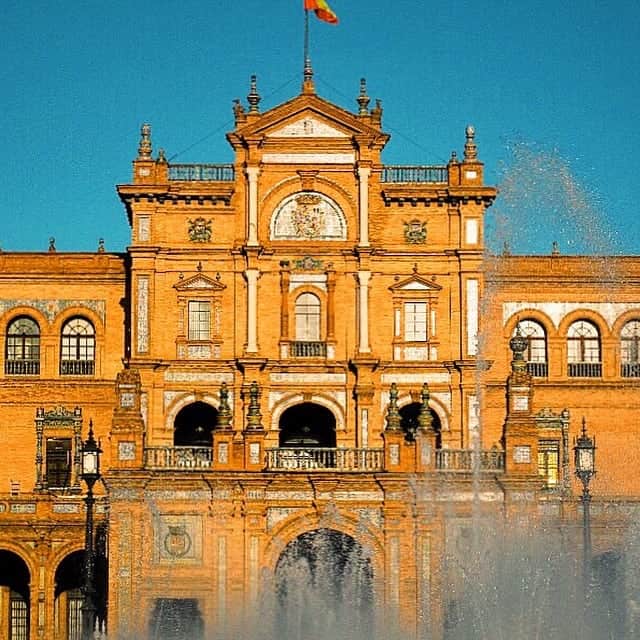 This itinerary for spring 2017 is probably the itinerary I am most excited about all year.  I think that if you can swing these dates which are April 25th – May 6th (you can obviously adjust accordingly), you will have the most fantastic trip in Europe before the crowds come and the weather gets too hot.  And these spring festivals would all be such a blast! 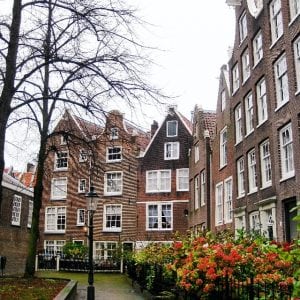 Fly into Amsterdam.  This is one of those “book accommodations in advance” festivals, since the holiday is only one day out of the year; and, you want to book something in the city centre because public transportation on the 27th is not simple with revised timetables and such.  Depending on what time you arrive, I would suggest taking a canal tour today as the canal will be filled with party goers on the actual Kings Day.  What is King’s Day you might be asking?  The celebration actually originated as Queen’s Day to celebrate the birth of Queen Wilhelmina in 1885.  The name was only changed to Kings Day in 2014 to celebrate the king’s birthday.  Here are the official FAQ’s for the event.

Read more: The Ins and Outs of Booking Cheap Flights

Have you been to Amsterdam before?  If so, I would suggest taking a bike ride and enjoying the food and the crowds and the festival excitement.  If you haven’t yet, I highly recommend taking a free walking tour to get acclimated with the city. There are a bunch of different companies all with 5 star reviews because Amsterdam is a walking (or biking) city and these tour companies and the guides they hire really know their stuff.  I confirmed with Sandemens New Europe tour that they will indeed be doing the tours on the 26th, but not on the 27th.  Afterward, you’ll need a break from walking so grab a drink and get prepared for a night of fun as many people start the celebrations the night prior! 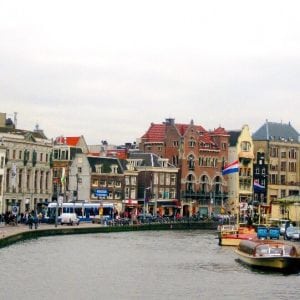 It’s KINGS DAY!  Put on your orange clothes (make sure to pack them ahead of time) and head out bright and early to Dam Square for an epic carnival.  Make sure to get on the ferris wheel early to see a gorgeous view of the city.  Next, roam the streets and admire the nationwide flea markets, called vrijmarkt.  There are people everywhere selling second-hand items on the city streets. Spend the rest of the day walking across the bridges and along the canals watching parade of thousands of boats go by packed with partiers.  Amsterdam has the best snack food so make sure you grab some delicious street food like frites, waffles, etc.  And bring cash!  You don’t want to be stuck looking for an ATM on a crazy day like today.  Bar hop and people watch (there will be DJs playing music in public squares and from rooftops) and just take it all in.

I would imagine that today will be a bit of a slower start for you, so I would recommend walking around the Jordaan district which is a beautiful area of Amsterdam in the morning or visiting the Rijksmuseum or the Van Gogh museum.  In the afternoon, you could help that hangover with a bit of fun at the Heineken Experience, or if you are up to it, a bike ride through Vondelpark.   I felt that I moved at a much slower pace in Amsterdam than I usually do, which is why if you plan on really exploring the city, I alloted so many days here. 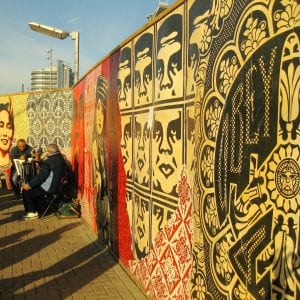 Buy your tickets online and way in advance for the Anne Frank House as the wait to get in is hours long if you don’t.  The museum is powerful and a must see. But, as it’s a house, it won’t take you very long to go through.  Afterward, you can grab some lunch and head to one of the museums I suggested before.  This would also be a good time to visit a coffee shop and walk around the Red Light district, if you are so inclined, as since it’s your last night here, it won’t hinder your time exploring Amsterdam.

Fly to Spain to enjoy Feria! That is the Spring Fair celebrating the start of a new season beginning two weeks after Semana Santa (Holy Week)!  You have a couple of flight options here…The first is a direct flight from Amsterdam to Sevilla on Transavia. That is the only airline with a non-stop to Sevilla.  Currently, the roundtrip is $373 if you are flying roundtrip from Amsterdam.  You can also fly from Amsterdam —> Malaga where there are nonstop on Vueling, easyJet, Transavia, and Ryanair.  The bus and train from Malaga to Sevilla both take around 2-3 hours and cost about 20 euros.  I would also book accommodations in advance for feria since prices tend to rise, or at least continually monitor Hostelworld, TripAdvisor, and Airbnb for about a month prior. 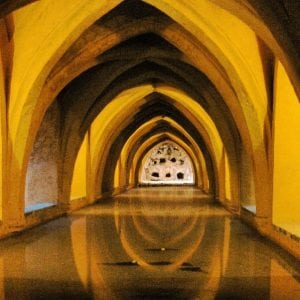 Spend the morning at the Alcazar de Sevilla, it is one sight that you won’t want to miss out on even with all of the special festival activities.  It’s where the city of Dorne is filmed on Game of Thrones!  Here is the website.  Monday evening marks “La Noche de Pescado” which literally translates to fish night as families eat (shocker) fish for dinner and then head to the Feria entrance to watch thousands of lights being switched on signaling the beginning of Feria.  Feria originated as a cattle fair back in the mid 1800s but today is more of a street fair with thousands of “casetas” or tents filled with people dancing “sevillanas” or local dances.  Feria is more of a private festival unlike other city celebrations in the sense that most of the casetas are reserved for locals.  But, as long as you come into Feria knowing that, you shouldn’t be disappointed.

Tuesday is the official first day of the festival.  The day begins with a parade of horses and then men and women dressed in traditional attire head to the casetas to dance and party.  Once you’ve watched the horses, head into the fairgrounds for a free walking tour that is offered each day.  You can also grab a map at the main gate information desk that will show you where the public casetas are located.  These public tents are similar to the private ones in the sense that you can drink, eat, and dance.  Make sure to walk around and take in this unique, fun, spring festival and admire the attire of the men and women who dress in their finest ensembles.  And, you’ll get to see some impromptu flamenco dancing on the regular.  There are also nightly bull fights if that interests you. 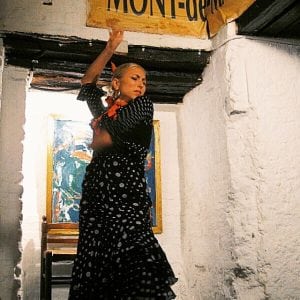 Spend another day enjoying this magical spring festival.  You can take the metro from the city center or walk about 30 minutes to the fairgrounds.  At this point, you will probably have a better sense of what interests you the most…whether it is hanging out in a caseta, watching the horse parades, admiring the sevillanas, or a little bit of everything!  You can also take this time to explore other parts of Sevilla like Plaza de Espana or the cathedral.

It’s only about 45 minutes to Cordoba from Sevilla by train and the prices are somewhat comparable to the bus which takes about 2 hours and 15 minutes.  Leave early morning for Cordoba to experience the patio festival which as of now doesn’t have specific dates set, but is typically the first two weeks of May, right when the spring flowers are blooming!  Basically what happens is that Cordoba homeowners open up their doors and display their patios and courtyards for everyone and for free!  It’s ultimately a competition to see who has the prettiest patio.  And wow, are these patios stunning!  You can visit the homes each day from 11:00 AM-2:00 PM and then from 6:00PM-10:00PM.  The map and information will all be posted though on the Cordoba tourism website should any of the specifics change. 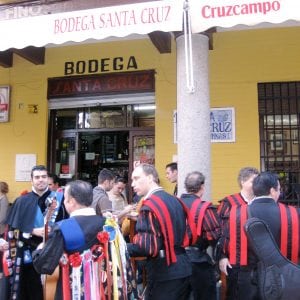 Spend the morning admiring more courtyards.  There are typically two types of patios you will see: single family courtyards and larger communally courtyards in which multiple homeowners share one courtyard (these are typically the most elaborate).  After the morning session, you should head to La Mesquita, the famous mosque of Cordoba and the main attraction in this city.  It’s a perfect sight to see in between patio times.  You can purchase a guided visit or a ticket for you to explore on your own.  Here’s the website with the info.  While you might not have time for a siesta today, hopefully you will have a few minutes to grab a glass of tinto de verano before heading back to your last round of patios.

Take a bus back to Sevilla or Malaga and fly back to Amsterdam or straight home depending on whether you booked a roundtrip flight to and from Amsterdam!

Have you visited Europe in the spring?  Where was your favorite city to visit?  Let me know in the comments below!