Looking for detailed content, an engaged audience, and personable dialogue?

Well hey there…My name is Jennifer and I am a Los Angeles-based travel blogger and content creator. “World On A Whim, The Perfectionist’s Guide to Spontaneous Travel” focuses predominantly on Europe and the United States for travelers who seek the advantages of curated planning while maintaining the freedom of daily spontaneity.  Through detailed itineraries, essential advice and personal anecdotes, World On A Whim teaches readers how to organize a trip that meets the needs of both novice and experienced travelers. The blog helps travelers discern what they need to pre-book in advance, from transportation to ticketed activities — and what they can leave to the last minute so that every day isn’t overly regimented.

At World On A Whim, I create posts and videos that cater largely to an audience from the United States, UK, and Canada, aged 18-45.  My readers are looking for detailed information about a destination and tend to be well-educated professionals who have traveled previously.  My top performing itinerary posts rank extremely well in Google; readers generally have the destination in mind when they find my site, but are in the process of booking flights, accommodations, tours, and subsequently constructing itineraries.

If you are a company or brand and would like to collaborate, here is what I can offer:

Since inception in December 2015, World On A Whim has grown to over 140,000 page views a month. World On A Whim has a social media audience of over 85,000 combined followers across Instagram, Twitter, Facebook, Pinterest, and YouTube. I have been featured on major websites including The Washington Post, Huffington Post, and Matador Network and my Instagram photos have been reposted by BBC Travel, Viator, and Skyscanner. I don’t have guest posts on my blog because I want to make sure that the content on each page is of the highest caliber. I have visited all destinations that have been written about and group attractions together based on their location and what is actually feasible to do in a day.  I spend much time responding to inquiries from readers about their own trip specifics.

Some of the brands I’ve worked with: 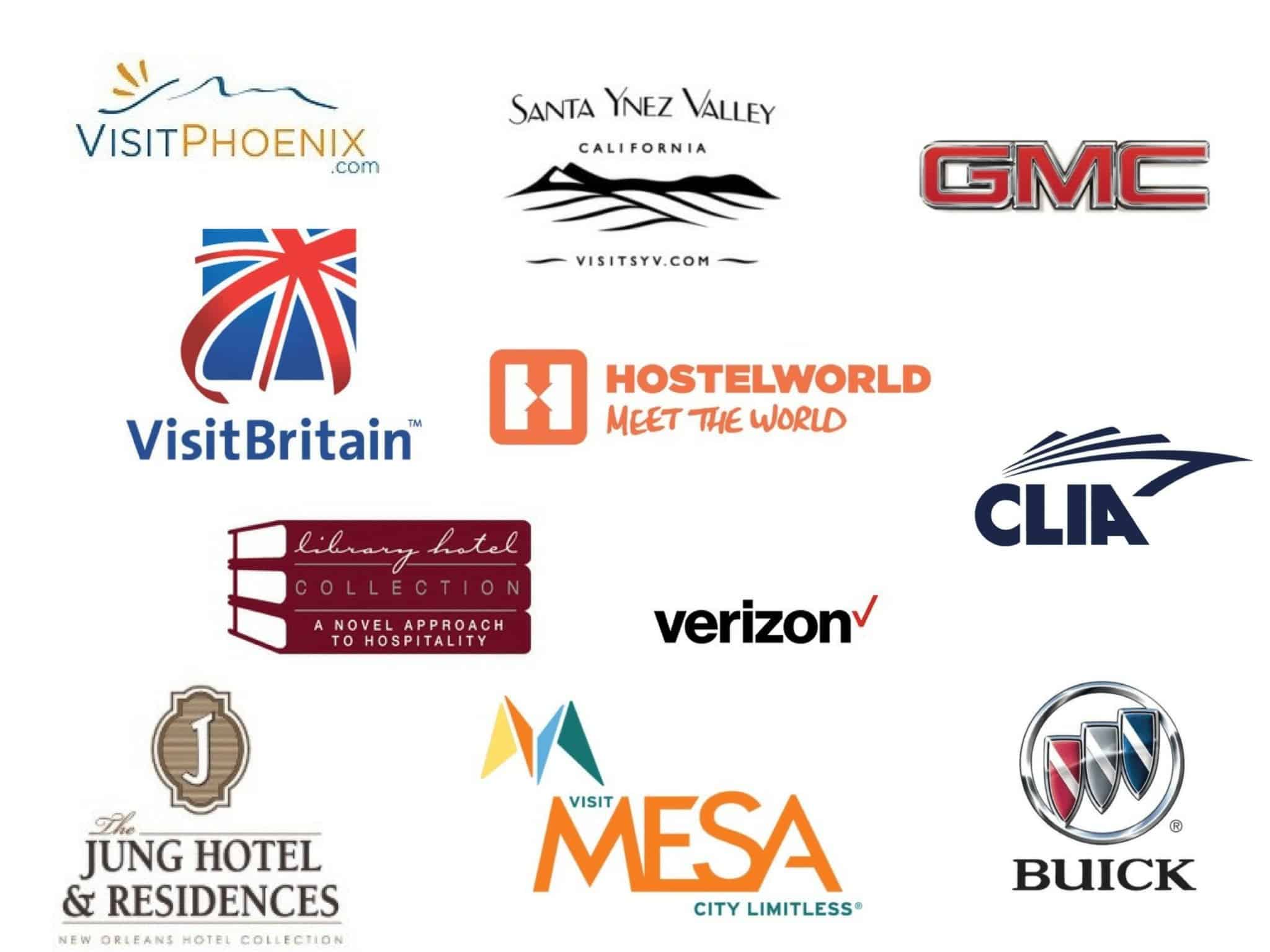 While I work tirelessly to create carefully crafted content, I spend an equal amount promoting content to ensure maximum exposure.  Blog posts are optimized for SEO using long tail keywords and multiple Pinterest-optimized graphics are created for each post.

In February 2018 aka the month of love, I worked with GMC on a campaign with the theme of “falling back in love with LA.”

Article Produced:
LA Favorites: The Most Fun Activities in Los Angeles
Video Created for Instagram in collaboration with @journeywithjorge

In April 2017, I worked on a campaign in conjunction with Visit Britain and Warner Brothers for the premiere of the King Arthur movie.  I represented the United States along with 12 other influencers, each from a different country.  We traveled to Wales and Cumbria to view the legendary locations of King Arthur.

Articles Produced:
Explore King Arthur Locations in Wales and Cumbria
How to Stay in a Castle Hotel in Britain

In April 2018, I visited Mesa, Arizona, and Phoenix in conjunction with both tourism boards. While I was primarily there to produce social content, I also wrote a blog post on the destinations.

Article Produced:
Glamping in Arizona. In an Airstream. On a Peach Farm