Running of the Bulls: Sans Accommodation 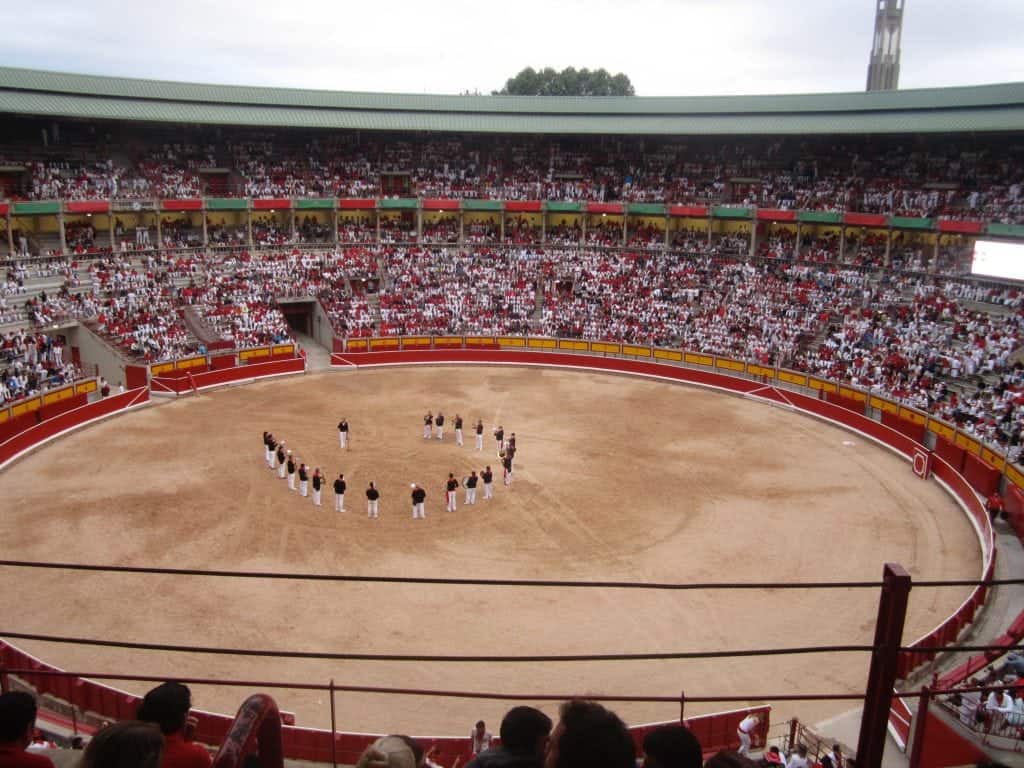 Don’t Go to Running of the Bulls in Pamplona, Spain Without a Place to Stay for 2 Nights

The title really says it all because, funny story, I did just that.  It was a spur of the moment decision to go to Pamplona because I was in Barcelona for 4th of July with some friends from college and I had to teach at a summer camp in the north of Spain three days later.  So I thought the perfect decision would be to book a bus and head on up to Pamplona for a couple of nights for running of the bulls; I would figure out the details once I got there. 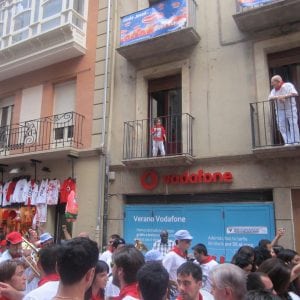 So I got there…I was luckily able to put the majority of my belongings in a locker/coat check type situation that the city of Pamplona provided.  I changed into my all white outfit and bought a red bandana and started roaming the streets of Pamplona with thousands of other locals and tourists because that is what you do at running of the bulls.  Eventually, I wound up asleep on the grass until a group of rowdy New Zealand guys came and woke me up.  They loudly introduced themselves as Wellman, Pid, and a few other nicknamed New Zealanders and demanded that I stop sleeping on the ground and come with them to their campsite about 30 km away.  I obliged because I knew this was a huge campsite and there would be lots of people around and an actual tent to sleep in.  Of course, sneaking onto the bus and into the campsite without a ticket was a bit more difficult than I expected, but still doable.  As morning approached, and by morning I mean 5 AM, I knew I would have to split ways since they were all determined to run with the bulls and I wanted to watch the event the first day to know exactly what I was getting myself into and then make a decision.  And wow was I at least smart enough to make that decision.  That’s because running with the bulls is not just a run and done situation.  You run yes but you run into a bullring and get locked into the bullring while the bull is on the loose.  I had purchased a seat in the bull ring that morning so I saw all of this firsthand. 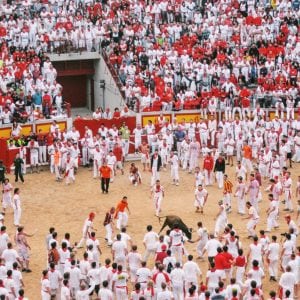 While sitting in the bull ring, I met some Spaniards who graciously explained to me exactly what was going on.  I had no idea that multiple bulls were unleashed into the bull pen.  It was pretty petrifying to watch, I can’t imagine how it would feel to actually be stuck in there.  Afterwards, I was exhausted and the streets were empty as everyone went back to their homes and hotels to rest up and repeat this whole process again later in the afternoon.  The Spaniards invited me back to their car—where they were sleeping—as they had an extra sleeping bag.  I could not refuse this amazing offer so we headed back to their car, pulled out the sleeping bags, and laid them out along the grass on some random street.  All was swell until the sprinklers started going off and we were absolutely soaked from the water as we rushed to get out of the sleeping bags and put them back in the car.  Typical.

At this point I decided to venture off on my own and look for another group of people to hang with.  I walked by a group of Americans right near where I had fallen asleep nearly 24 hours ago and went up to them and straight out asked if I could join their group.  I was in desperation mode at this point.  We spent the rest of the afternoon and evening exploring the town and riding the ferris wheel at the carnival.  It was actually quite a lovely time.  Luckily or unluckily, I still am not sure, this group did not have a place to sleep as well so I followed along and decided to sleep outside of the bus station with them and many others who had the same idea.  At this point, I decided not to stay for another bull run and find the first bus or train that left toward Leon, Spain that morning.  It was cold and we had to hold our belongings close so that nothing would get taken, but we all made it through the night on that wet, freezing grass right by the bus station. 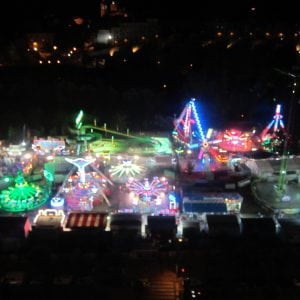 So that’s my story and my plea to make sure you either go for one day or make sure you have some sort of accommodations in place.  It doesn’t matter whether it’s a car, a five-star hotel, or a helicopter that flies you to a yacht off the Costa Brava in Spain.  I just hope you remember my struggles and make better decisions.  There were plenty of highs but the lows were rough, so plan better and smarter and enjoy your San Fermin experience.

Have you been to running of the bulls before?  If so, how far in advance did you book your accommodation and where did you stay?