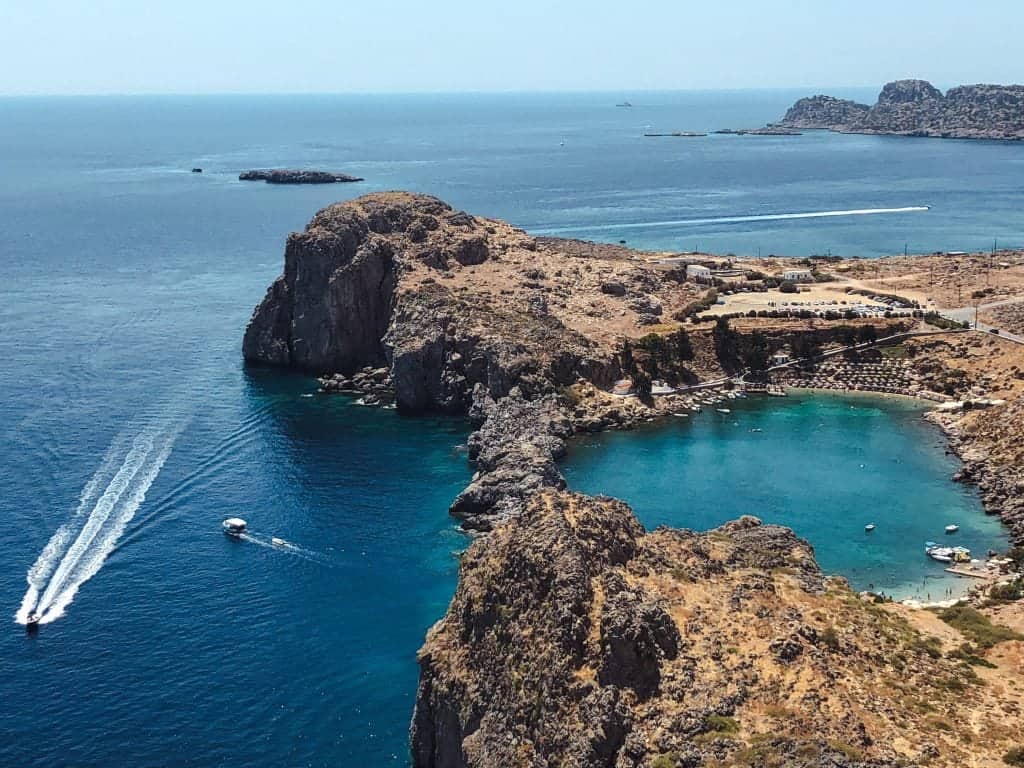 Plan Out Your Greek Island Hopping Itinerary for the Ultimate Vacation

Choosing which Greek Islands to visit can be an exciting, but somewhat daunting task. It’s a good position to be in no doubt, but Greece has 2,654 islands and 164 of those are inhabited. For an indecisive person, that choice can be a tad bit stressful. This past summer, I was going to Greece for a wedding on the island of Karpathos and had about 3 more weeks to spend in Greece. I had absolutely no idea what islands to choose to visit after the wedding. I had already visited what I affectionately call “the Big Three” Athens (yes, I am grouping this in with the islands although I am very well aware it is not), Santorini, and Mykonos.  When I tried to Google “best Greek Islands to visit” or “how to visit Greek Islands,” most if not all the posts I found were massive lists of all the potential Greek Islands I could visit and that made me even more overwhelmed. I hadn’t even heard of half of these islands before and now I was adding 10 more options to my already long list of potential destinations.

After doing some more extensive research, I learned that travel between islands is actually somewhat costly and not quite as feasible as I had anticipated, so it was not practical for me to just randomly choose an assortment of islands from these lists. Instead, I came up with a series of steps to help me determine what would be the best strategy in visiting the Greek Islands on this 3-week summer adventure. Hopefully these strategies will help you plan out your ideal Greek Island hopping itinerary! 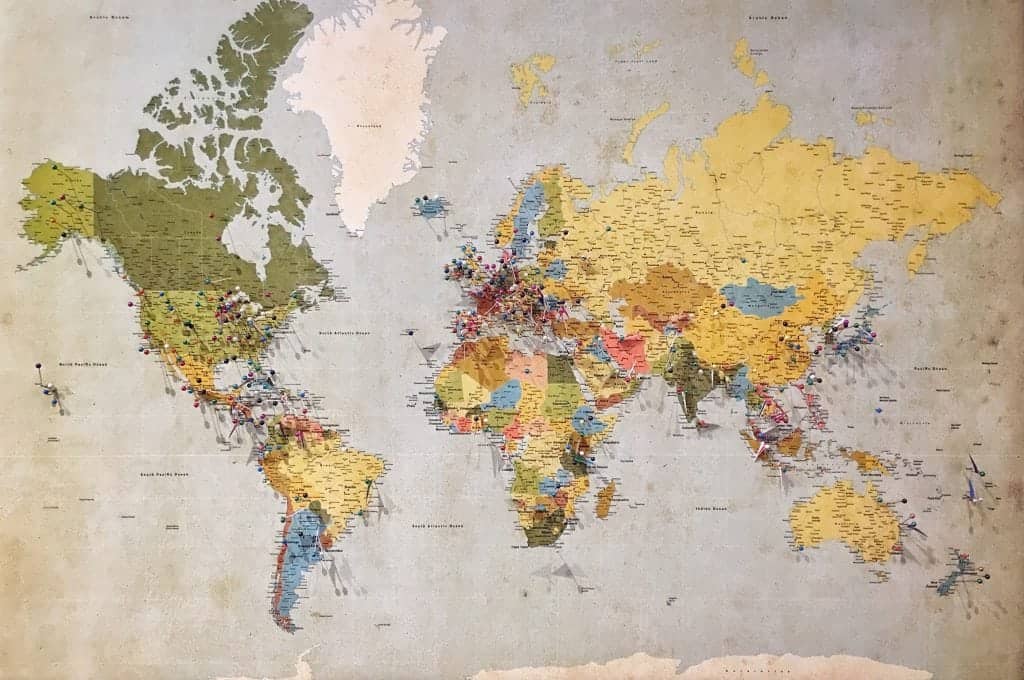 Step 1: Print out or pull up a detailed map of all of the islands. Google Maps

The Greek Islands are typically grouped into 6 major geographical clusters plus Crete. 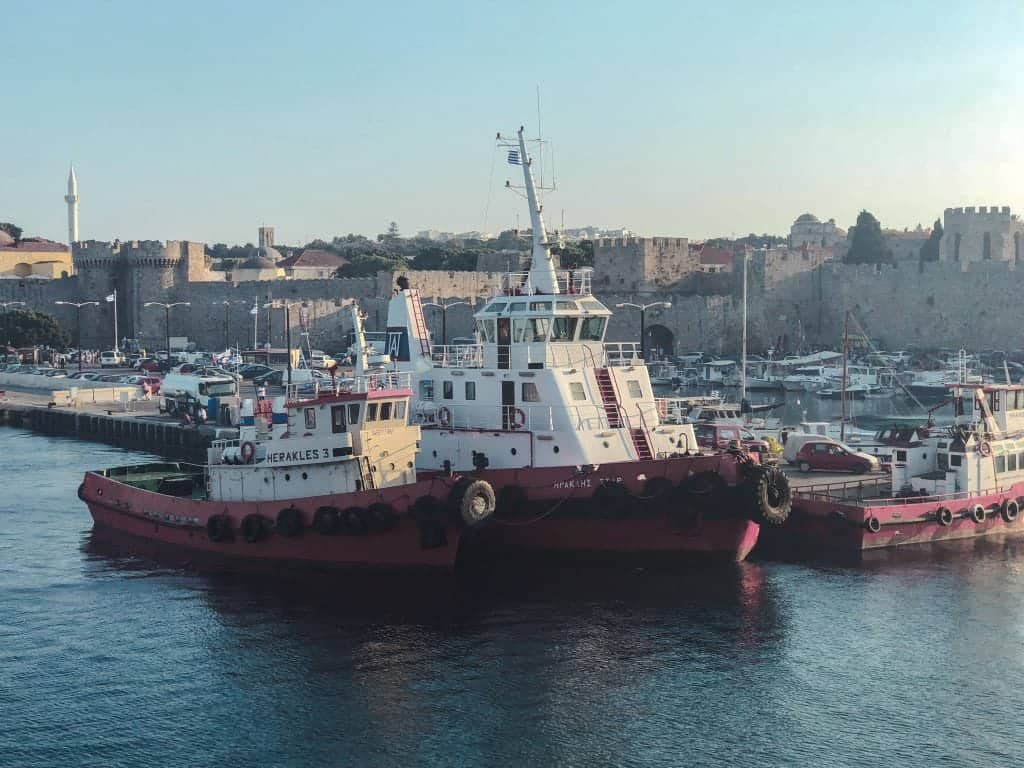 Step 2: Make a list of all the Greek Islands with airports.

Well, actually, let me just do that for ya. While this might seem like a long list of airports, most airports in Greece only have direct flights to Athens on either Olympic Air or Aegean Airlines. Only the major islands like Mykonos, Santorini, Crete, Rhodes, and Corfu have seasonal flights to  various airports in other European countries. Some of the airlines that fly direct are Austrian Airlines, Alitalia, British Airways, easyJet, Scandinavian Airways, Transavia, and Vueling. 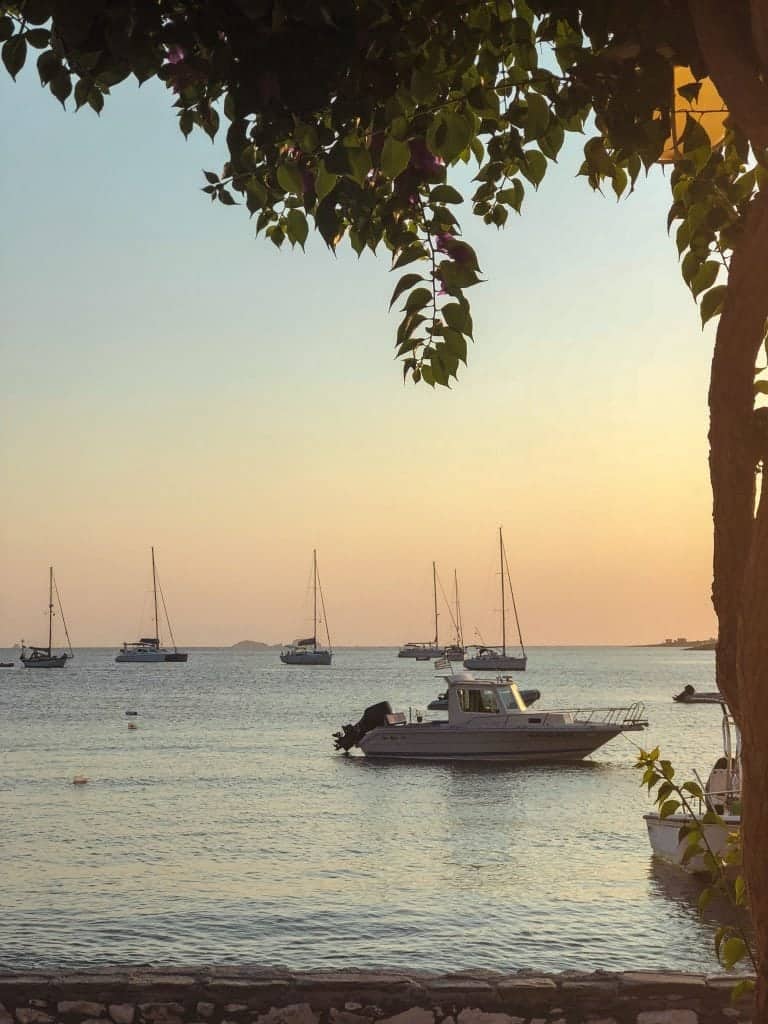 Step 3: Become best friends with one of the Greek ferry websites.

Personally, I use Ferryhopper to look up the ferry times but there are tons of websites like Let’s Ferry that do the same thing.

What to Know About Transportation

The first thing you need to do is choose your non-negotiable islands. For me, that was Karpathos, a Dodacanese island in Southern Greece, because that was where the wedding was held.  Looking at Karpathos geographically, it made sense for me to include Rhodes and Crete on this trip too along with some islands nearby for day trips. I also fell in love with the idea of going to Paros, Greece from some of the posts I had read, so I knew that I wanted to somehow include that particular island  in my itinerary.

Once you have your non-negotiables set in place, it is time to come up with a road map for the rest of your trip. While I originally thought that I could just wing it and go from Karpathos to Rhodes or Karpathos to Crete any day I wanted, I quickly learned that wasn’t exactly the case. Ferries from Karpathos to Rhodes only went a couple times a week and ferries from Rhodes to Crete are not even a thing…you really need to fly between the two islands.  Also, getting from Rhodes to Paros would require a flights to Athens, but if I did Karpathos to Rhodes via ferry and Rhodes to Crete via plane, then I could take a ferry from Crete to Paros. Learning that Crete and the Cyclades are connected via ferry through the Ferries.gr website was critical in determining the best order for Greek Island hopping. 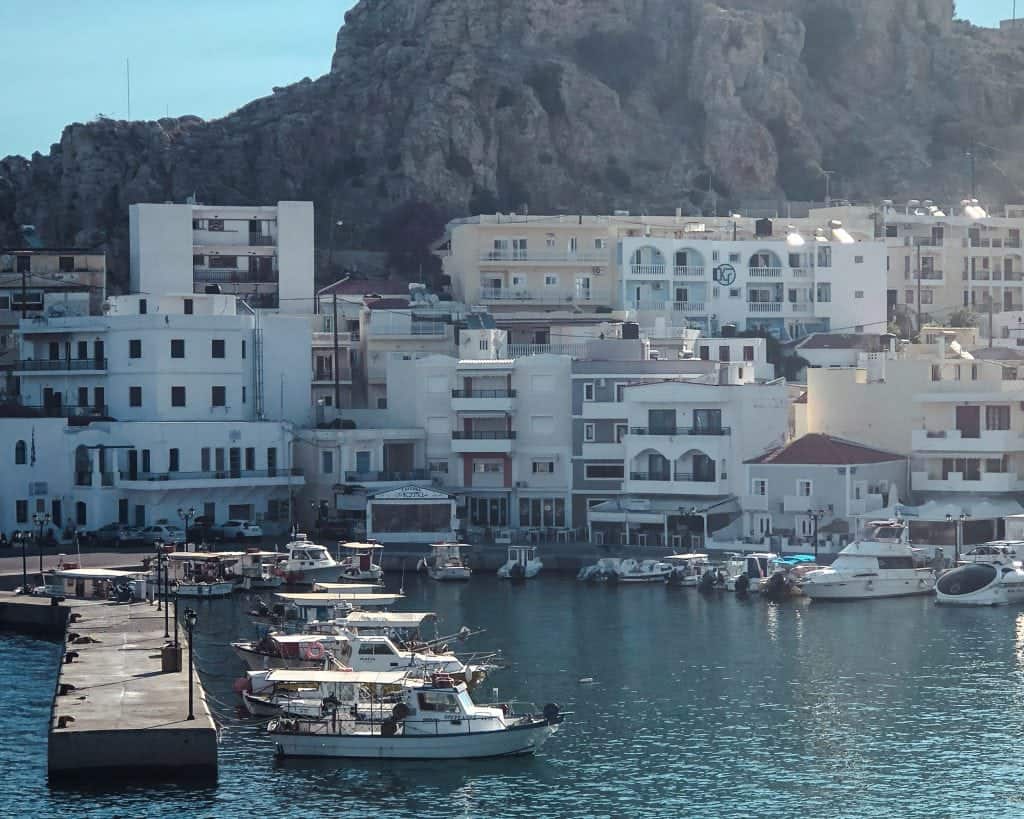 What to Know About Accomodation

I love a spontaneous trip; but, with the limitations I just presented, Greek Island hopping in the summer is best booked in advance. The ferries are something that you can wait on, but accommodations really should be done as far out as possible, especially if you are a solo traveller on a budget and are looking to stay in hostels. Speaking of hostels, you want to take into consideration that not all of the islands have them and if they do, there are only a few and those will book up. In order to check which islands have hostels, I recommend going onto Hostelworld, typing in the name of the island and seeing if that island does indeed have a hostel in the city center.

Best Hostels in Greece By Island

If you are going to Greece with 2 or more people, then booking an apartment, B&B, hotel, or airbnb makes the most sense. BONUS: if you’ve never used Airbnb, get a $40 credit by clicking here. There are typically a lot more options for these types of properties as opposed to hostels, but I did notice that the prices of these accomodations went up drastically as summer approached. For the first two weeks of the trip, I was traveling with a friend and we stayed in a variety of properties all booked through Booking.com. They have a great cancellation policy, so we were able to book in advance and not worry too much if dates needed to be modified. 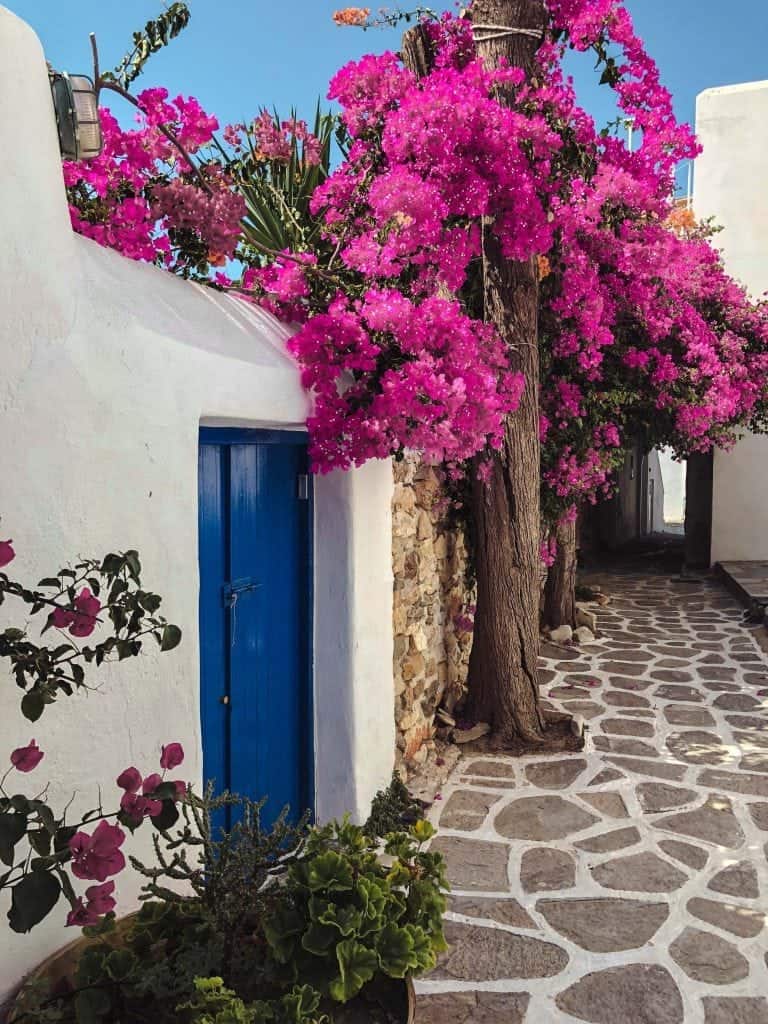 Greek Island itineraries are endless.  The most common routes besides Athens, Santorini, and Mykonos are definitely within the Cyclades, but I encourage you to also branch out and include other lesser known islands if you have the time! Here are some options for you that will work logistically when choosing which Greek Islands to visit.

Historical Holiday (2 weeks would be preferable as I don’t think you can properly see both islands in 10 days): Rhodes – Crete 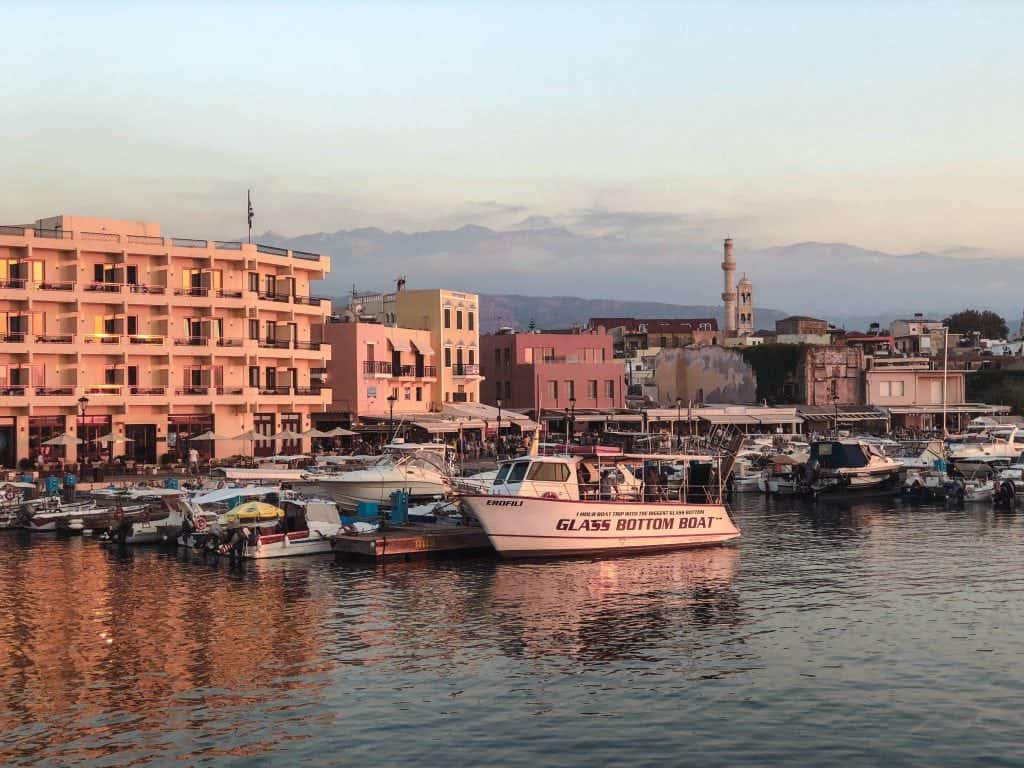 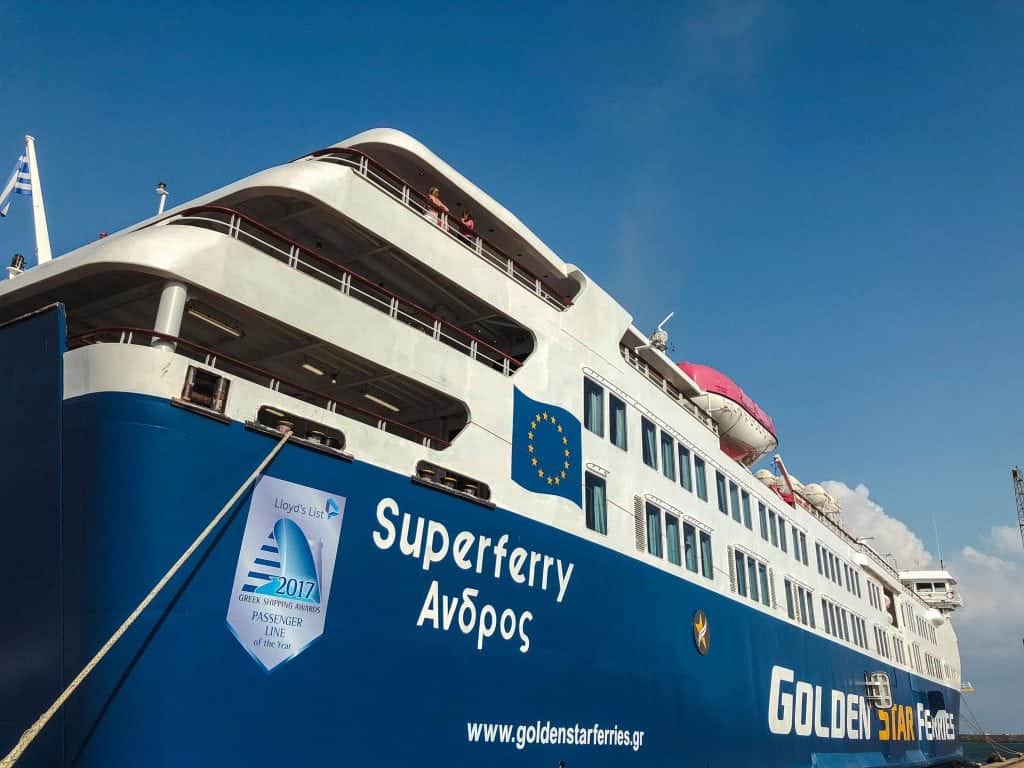 Hopefully you now have a better understanding of how to travel between the Greek Islands. Please comment below with any questions or suggestions you may have! And if you’re just passing by this page, enjoy your Greek Island hopping holidays 🙂

Rhodes Itinerary: Best Things to Do in Rhodes, Greece

Things to Do in Paros, Greece: Your Ultimate Travel Guide