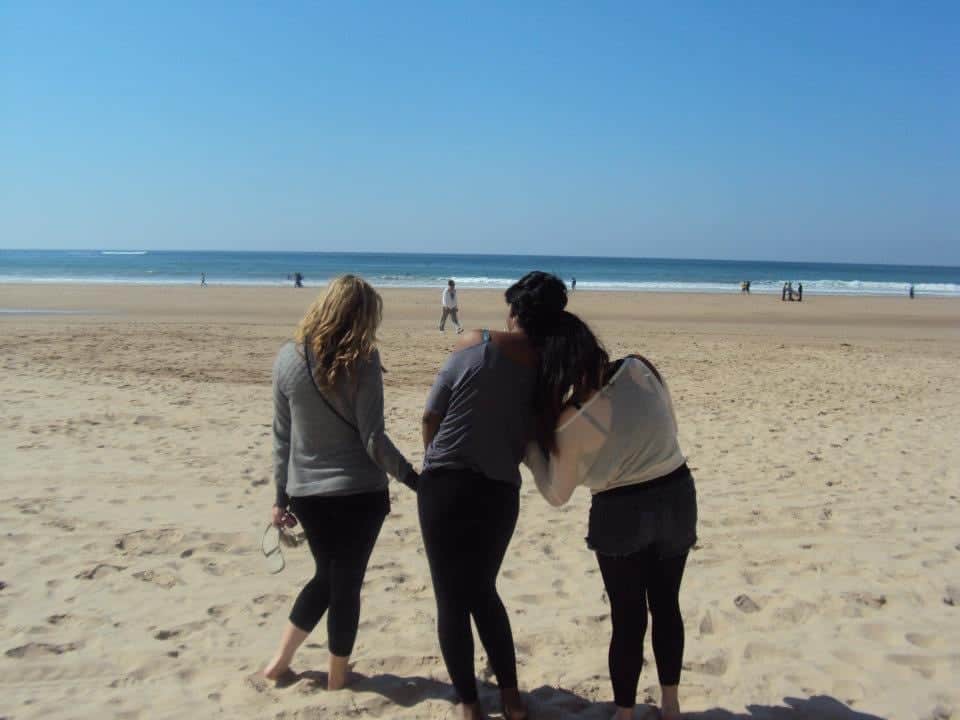 While this may seem intuitive to some, it definitely isn’t to me.  There were times going to Vegas in college where we would fit 20 plus people into one hotel room and sleep in sleeping bags on the floor on top of each other, bathtubs, closets, couches, and hallway benches.  And you can in Vegas because those hotels are massive and literally no one cares because well…it’s Vegas.

However, when you try to apply that same practice to a tiny hotel in Cadiz, Spain at the most popular time of year–for Carnival–things probably won’t go quite as smoothly.  After Carnival in Cadiz, Spain, I will never again make that rookie mistake. 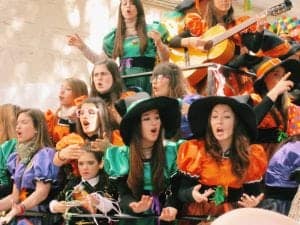 It all started when four of us showed up to check into the hotel room.  Fine. Dandy.  But wait!  There were cameras lining the outside walkway up to the hotel lobby where the receptionist/owner could easily watch the people approaching the building.  That was our first “uh oh” moment.  Our other friends had not yet arrived, but we desperately hoped that maybe the front desk associate would switch to a night manager.  I mean, how could someone possibly recognize every hotel guest?!  So we went up to the room, changed for dinner, and kept our fingers crossed.  Group Two arrived just before dinner, and we decided that they would stay outside on the street and the four of us that had already checked in would carry their suitcases up to the room.  Maybe we had our suitcases shipped and just picked them up from the post office?  Or we left some of our luggage at a friends and just went and grabbed it from their apartment complex.  Yes, that sounded much better.  With a few dirty looks from the front desk, we carried up our friend’s luggage to the hotel room.  Perfect, now we just had to sneak five more people in which would be easy enough because we could just go in shifts.

Let it not be forgotten that we did have a fabulous dinner along the boardwalk overlooking the beautiful Atlantic Ocean.  We took a stroll along the water and walked into a bunch of shops trying to find makeshift costumes for the first night.  Once the goods were purchased, and yes, if you were wondering my ensemble did include cow udders, we walked back to our hotel all the while concocting our game plan. 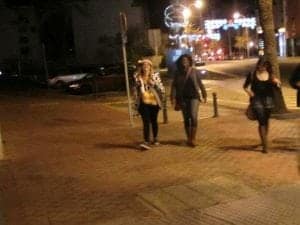 When we got to the street, we paired off into couples, all sorts of kinds of imagined relationships and attempted to sneak in.  The first pair, a “romantic couple holding hands” successfully made it into our room.  We started off with people who had not checked in yet, in the hopes that they would go in unrecognized and unattached to our room.  Our group waited about 7 minutes and then sent in the next pair.  Another success!  These two had checked in prior so the man at the front desk recognized them immediately.  We waited another 10 minutes or so…wow this was taking forever and then sent in a group of three. Two girls and a guy.  That didn’t go over so well.  We got caught.

And here is what getting caught entails…trust me it is not pleasant.  We were only allowed four people in the room at a time even though all of our luggage was in the room, so half our group had to get ready for the night out in the hotel lobby bathroom.  Furthermore, only the four people from Group One that had checked in could be up in the room, so we had to individually carry all necessities down to our friends that were waiting in the lobby.  That’s because we had already brought all of their stuff upstairs which was still not made clear to the lovely man at the front desk.  As my friend just recently reminded me, at least there was a pool table to pass the time.  We spent two hours calling a bunch of hotels in the area and looked up all the different options online, but everything was booked solid since this was Carnival in Cadiz. And since only four people could be in the room to get ready, that also meant that only four people could sleep there…the rest all had to sleep ON THE BEACH.  It was so incredibly cold, everyone had to stay huddled closely for warmth.  Although I was one of the four who stayed in the room, (yay for passing out early!), I heard the stories the next morning.  This was February at the beach!

As I think it was mutually decided that we would not stay the second night at the same hotel, the following night we secured a room in a much larger hotel across the way, who did not have the lobby police with cameras starting from the street.  We all successfully slept on the floor of the room, the bathroom, and this time lucky number four to the one bed.  And the best part was that we all dressed up as Power Rangers.  How awesome are these costumes?  My friends are true artists! 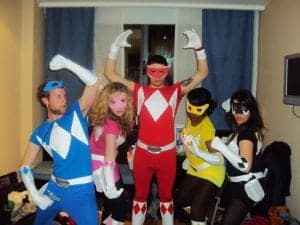 I hope the lesson that you take away from this is that there are definitely times you can get away with squeezing an extraordinary amount of people into one hotel room for sake of price.  Let’s face it…accommodations do get pricey during festival times.  However, if you do decide to go that route, make sure the hotel is large or see if you can find a floor plan online or a gallery of photos to understand the layout of the lobby.  As wonderful as the Carnival celebrations were, and trust me the coros (choirs) in the plaza are a must see, it’s a lot more enjoyable when your accommodation is secure. 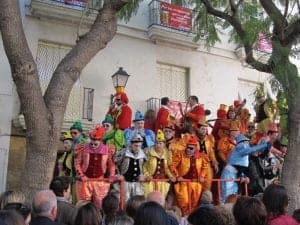 Have you had any crazy hotel room experiences?  Please share them in the comments below!