I Was Chased By A Bull in Spain 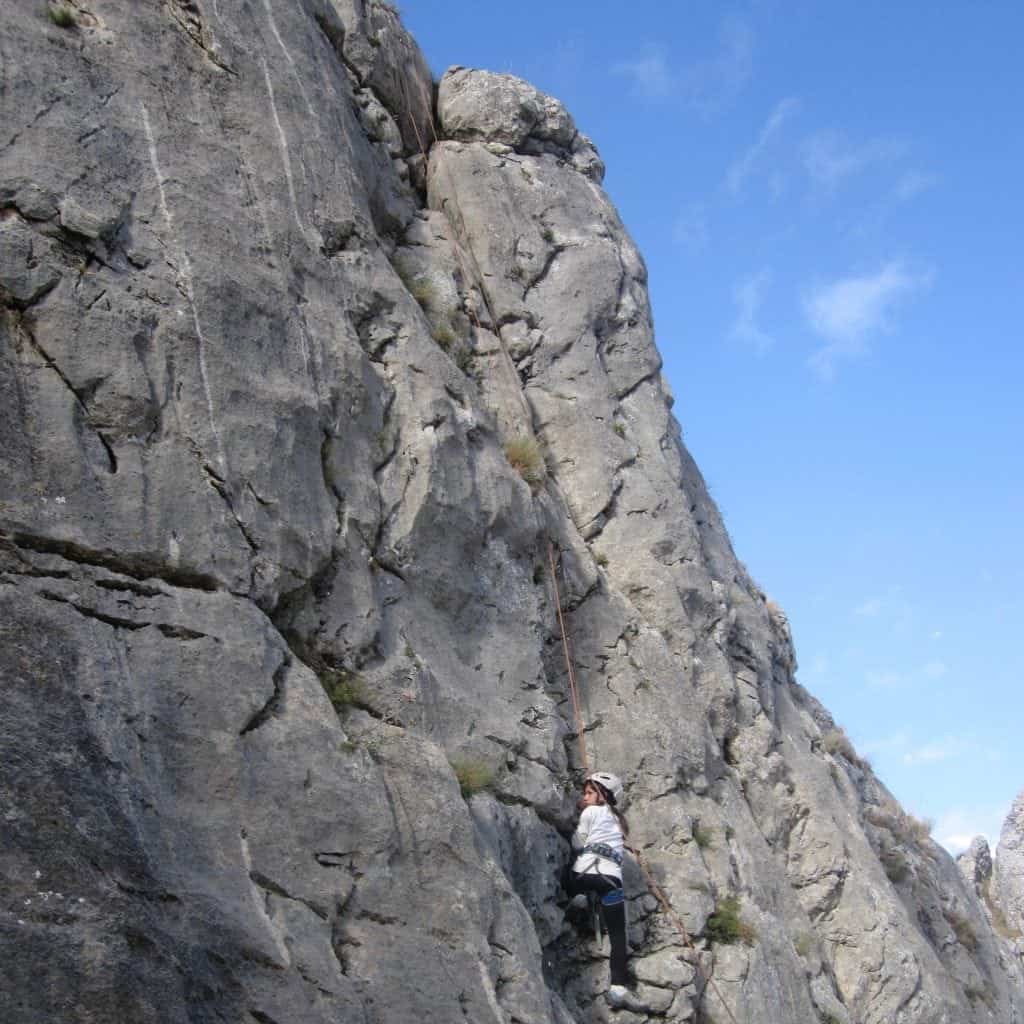 So yes, I was chased by a wild bull in the middle of a rural mountainous region in Northern Spain and so were the 30 campers that I was in charge of at that same time.  I wish I was making this up for dramatic effect, but alas, I am not…this shiz really did happen to me.  This is where I also learned that the whole wearing red thing attracts bulls is a MYTH.  Why do I know this?  Because I made every camper who was wearing anything remotely bright take an excess article of dull-colored clothing from another camper and cover themselves up pronto! 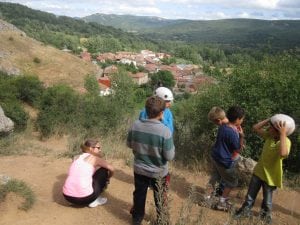 Here’s the story:  As you may or may not know,  I taught at a Spanish summer camp for precisely one week during a summer I spent in Europe traveling spontaneously for two months.  The full story about that here: Spontaneous Summer: Europe Trip.  Ironically, I had gone straight from the Running of the Bulls (karma?) to teach/be a counselor at this camp in a tiny pueblo (very tiny…80 person town) on the outskirts of Leon, Spain.  One of the days, we had a fun field trip to go rock climbing in said outskirts.  We broke up the campers into two groups of about 30 each, obviously rock climbing is awesome (for people who actually have athletic abilities unlike myself) but since only one person can climb at a time, we couldn’t have too many campers waiting all at once.  I was in the first group that went rock climbing. Oh, by the way, when I say rock climbing, I am not talking about a gym rock wall which is the only way I have ever rock climbed, but legit boulders on a mountain.  See for yourself: 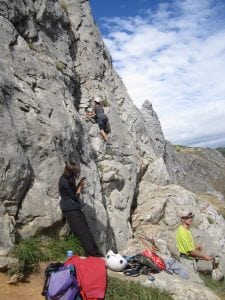 Once the kids finished climbing, we met up with the other group for a snack and heard all about the fabulous hike they just went on.  It was so beautiful to be in the middle of nowhere surrounded by nature yada, yada, yada, and I am sure it absolutely was for them!  But once our group headed out on the hike, one counselor in front of the group and me in the back, things started to get a tad crazy.  You guys obviously already know the punchline…but we started walking and there to the right of us just off the trail was a bull having his afternoon snack or possibly a late lunch, and by lunch I mean chewin on some grass.  Naive me was like, “oh cool!” let me take a photo because this is pretty nuts just seeing a wild bull like this.  And, then I remembered my past week and the running of the bulls and the fact that yes, I am sure bulls are generally peaceful creatures, but they can be provoked.  Unfortunately, I was so far behind the counselor up front, that I couldn’t immediately stop us all from hiking and turn around.  Oh yea, and we didn’t have any cell service.  So I told the campers that we should try and catch up to the front of the group.  And, as we were walking, it was literally like slo-mo out of a King Kong movie (which I haven’t seen in 15+ years so actually don’t know if that’s true but you get the idea).  I hear a noise, turn around and see that the same bull starts charging toward us.  OMG I WAS FREAKIN OUT!!!  I didn’t look back again but just had us keep running because I was wayyyy too terrified to know just how close that bull was getting to us!!  Luckily, that other counselor was a smart dude and had also noticed the bull and upon hearing the noise quickly veered the campers off to the right of the trail up a small hill.  As we were running, we saw the way the group went and quickly followed them up this hill. 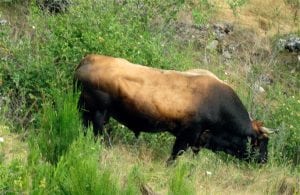 This is one of those moments that you never forget.  You always have that image in your head for the rest of your life.  As we ran off to the side, the bull charged straight past us literally a split second later and continued straight off into the distance.  The other counselor and I were trying not to panic as we worked out what we should do next.  No one had any cell service so we couldn’t contact the camp director or anyone else at the camp, so we were on our own to figure this out.  And unfortunately, they don’t cover this in CPR training.  It was then that we had the discussion about whether or not the color red attracts bulls and many of the native Spanish campers said that was myth.  No one clearly wanted to take any risks, though, so anyone wearing red borrowed jackets from other people.  After about 10 to 15 minutes with no bull in sight, we “started our descent” back the way we came as quickly and quietly together–and in what takes the meaning of close-knit to a whole different level– as a group.  On our way back, we saw three more bulls, luckily minding their own business, but still a little too visible after what we had just gone through.  We made it back safe and sound with a story that seems so insane that it is almost imaginative to me even to this day.  But, it was very much real and now I can laugh about it any time I need a good pick-me-up.  And yes, I am very thankful to be able to laugh about it and so very grateful that the situation didn’t turn dire.  I skipped out on participating in the running of the bulls during San Fermin, but I never expected I would be doing so only a few days later.