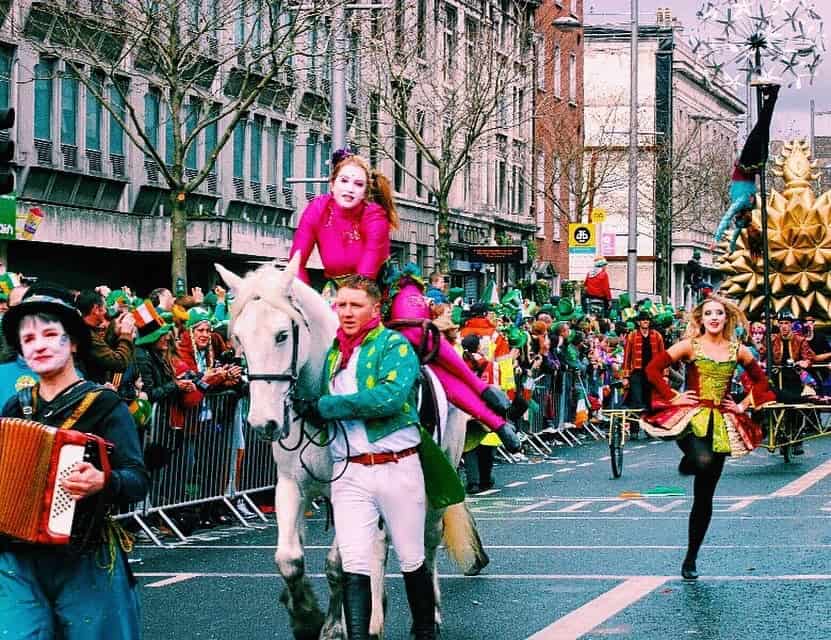 Ok, so that’s not entirely true. I did spend one day traveling solo in Granada, Spain but that doesn’t make for as good of a story; also, I only spent one night on my own which is much different than being by yourself for an entire weekend.  So for all intents and purposes, my first solo trip was to Dublin for St. Patrick’s Day and let me tell you, I was extremely nervous. It didn’t help that my flight going there was an absolute nightmare because I flew Ryanair and lost my boarding pass somewhere between security and the gate. Yes, I am one of the most irresponsible people on the planet. Anyway, after having an awful travel day, I arrived at my hostel and plopped myself down on the couch in the lobby to get some wifi and start texting people about what a terrible choice I made for coming on this trip by myself. I did not know at the time that sitting in a hostel lobby is the absolute key to success for solo traveling. Why? Because this is how you make friends when you are by yourself! Within 30 minutes, I had my group of eight for the entire weekend. Hailing from Canada, Germany, USA, and England, this group of people made this trip the craziest and most fun trip I had been on in years and made me a huge advocate of traveling independently.  P.S. I wrote a travel guide dedicated to the details of St. Patrick’s Day in Dublin, Ireland which you can read here. 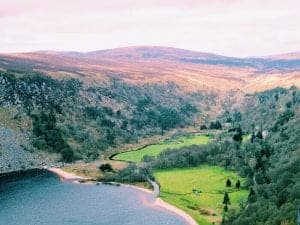 Why was this trip so insane? Well, first off it was St. Patrick’s Day so that definitely played a large part in the crazy department. After a great St. Patrick’s Day eve night out at the pubs (where I left my purse at the previous pub but luckily it was still there once I realized), my group woke up early and went to a costume store. We dressed to the nines in our Irish gear before we headed to the famed parade.

After taking thousands of pictures, we headed back to the pubs for the England-Ireland rugby match and did as the Irish do…beer, cider, beer, beer, cider, beer. After the game, we ended up at a tattoo parlor because someone in the group obviously had to get a shamrock on her ankle.  We then expected to go back to the hostel we were all staying and rest, but that was delusional and definitely did not happen; I mean it was St. Patrick’s Day in Dublin, so we headed out immediately to a pub crawl for the rest of the evening. 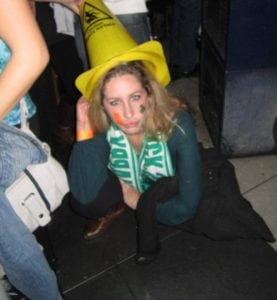 Flash forward to about 1 AM, my phone had been stolen, and it was pouring rain. I was eating late night pizza with one of my friends that I had met in the lobby that first day, when I realized that I had booked a different hostel for the 17th. The hostel I was staying at for the rest of the nights was full. There is a lesson here: please book your hostels early for big festivals!  I went back to the hostel to get my stuff around 2 AM, and luckily my friend decided to walk with me one kilometer to the new hostel since it was so late and raining heavily. We walked for about 30 minutes before we realized we were completely lost. We had literally zero clue where we were. This was all fine and dandy though because we met four random Irish men on the street who also had zero clue where the hostel was located; however, they offered up their home which was only a five minute walk away. At this point, it was 2:30 in the morning and my clothes, hair, and bags were completely drenched. Consequently, we decided to stay the night with these random Irish people that we met on the street. The Irish guys had thrown a massive party earlier in the day. Their place was trashed but there were two couches so we were happy. We passed out and woke up in the morning to the glorious sound of a cell phone ringing from behind the couch. My friend decided to answer the random phone and it turned out the owner of this phone had left it at the Irish guys’ party earlier in the day. Lost cell phone owner asked where his phone was and all my friend told him was, “honestly, I have no idea where your phone is and I have no idea who lives where your phone is, but it is here and it is safe.” That seemed about as good a time as any to head back, so we packed our bags, left a thank you note with our contact info, and left to go sightseeing around the city with the rest of the group staying at our hostel. We never heard from those guys again and I still don’t know their names, but I owe them a lot for an amazing adventure and a place to sleep for a few hours before I went about my day exploring the Kilmainham Gaol, Guiness Storehouse, and Temple Bar.

Have you been to Dublin for St. Patrick’s Day?  What did you think?  And where was the first destination you travelled solo?  For a list of other awesome festivals in Europe, click here