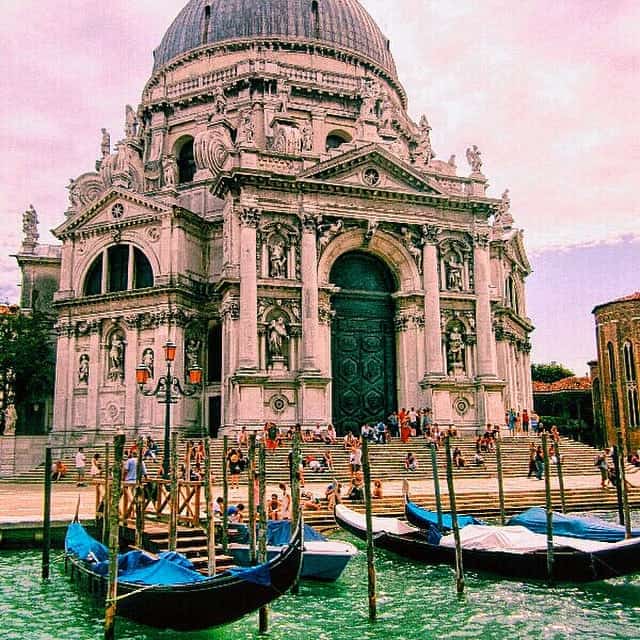 The Festival Hopper’s Guide to Summer in Europe 2016: July Edition

I have decided to make a portion of my blog dedicated to planning itineraries based upon European festivals whether they may be music, cultural, arts, sporting events and more.  I am starting with the summer season for 2016 in July because there are so many things to see and do and its pretty overwhelming.  This guide is meant to help so that prior to landing for your summer in Europe, you have an idea of festival dates for 2016 as well as important information for each event.  Hopefully, knowing this information will give you enough leeway, so that you don’t need to have every minute of every day pre-planned.  However, please note that for some festivals, you must plan travel or purchase tickets in advance!  Feel free to use this itinerary as a loose template and add in some bucket list cities that might not be having a festival during the time that you are in Europe.  Some of my favorite cities include Budapest, Florence, Cinque Terre, Interlaken, Switzerland, and any city in Spain.  For my August 2016 itinerary, please click here.

First up, July.  This is a multi-city journey from July 9th to July 25th. 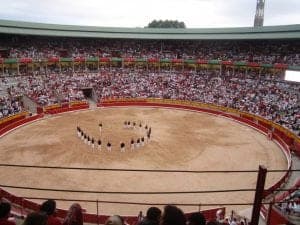 BARCELONA—> PARIS——> SO MANY OPTIONS

July 9th: Fly into Barcelona (BCN) Airport.  If you are coming from the United States, you will probably land in the early morning, so you can recuperate for the rest of the day in Barca and stay at a hotel near the bus or train station that night.  I would recommend either taking the train from BCN to Sants Estacio (train station) or a taxi to your hotel.

July 10th: Take a bus (monbus.es) or train (renfe.es) to Pamplona, Spain for Running of the Bulls (Fiesta de San Fermin).  Make sure that you have planned your accommodations in advance!  Pamplona is a small city and places book up fast.    If you take the morning bus or train you will arrive by early-mid afternoon, so take some time to relax, get some food and drinks, and put on your red and white apparel.   Plan on staying out the whole night because you have to get your spot for the bull run around 5-6 AM as the bull run begins right at 8 AM.  Once the run is over, make sure to take a long nap and then repeat these steps on Day 2.

July 12th: Take a bus/train back to Barcelona mid-morning and fly out to Paris that night.  I would suggest taking Vueling or Easy Jet flights and caution against any Ryanair flights to Paris as both the Barcelona and Paris airports Ryanair flies out of are well outside the city centers.  You could also fly from Bilbao, Spain to Paris which is about an hour and a half away from Pamplona by bus, if the airline prices aren’t too high. 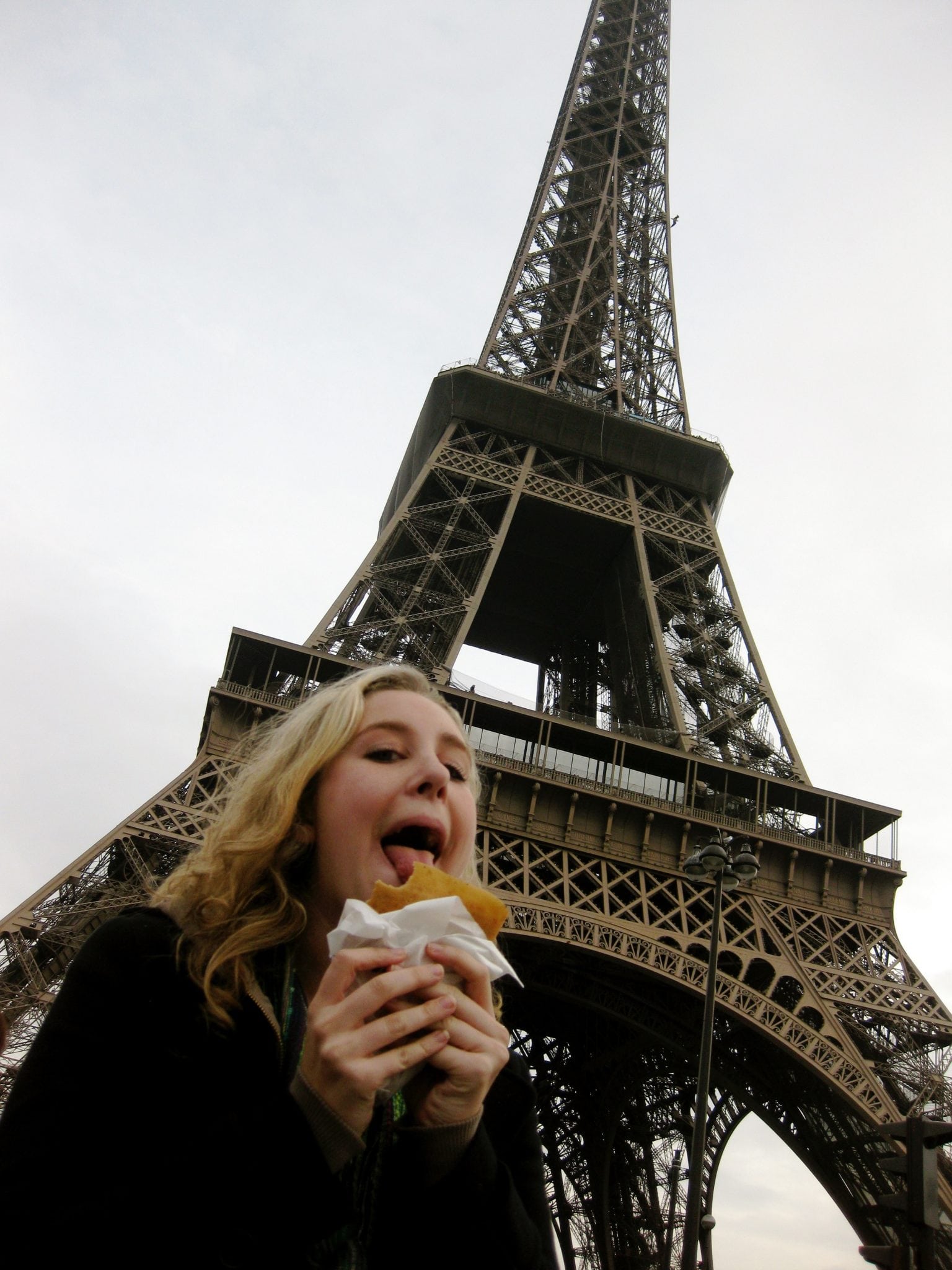 July 14th: Wake up early to watch the famed military parade on the Champs-Elysées and then head to the Eiffel Tower for a picnic of baguettes, brie, and wine/champange and enjoy the rest of the day.  Be sure to check out the fireworks as well as the beautiful lights on the Eiffel Tower at night.

July 15th: At this point, things get a little hectic as so many major cities host cultural and musical festivals.  At first, I was going to narrow down the options and give you a couple of my favorites, but there is such a vast variety of intriguing options, that I decided to include a bunch and let you choose.  If you have any questions about how to make your itinerary work best traveling from Paris onward, please leave your question in the comments section and I will be sure to give you my thoughts!

You can stay in France and take a train over to where the bikers are currently racing in the Tour de France. In order to do that though, you must really plan ahead and look at the calendar for each stage and the corresponding terrain.  If you end up in the southern part of France, it might be nice to take a train down to the French Riviera after your tour.  Spend some time in Nice, Cannes, St. Tropez and Monaco for some highlights into the high life.

Fly to Berlin for Gay Pride (CSD Berlin) starting on the 16th.  There will be events until the 23rd which has pride week culminating in the Christopher Street Day Parade.  Berlin is a huge metropolitan city where you could easily spend the in-between days exploring the critical history and unique culture that it has to offer.

Fly from Paris to Croatia for Ultra Music Festival which is held this year from July 15th-17th.  The festival is being held at Polijud Stadium which is located in the city of Split.  There are direct flights into Split from Paris on easyjet and Croatian air.  You can also look into flying into Zagreb, Zadar, or Dubrovnik and taking a bus or renting a car from one of those cities.  Also, please note that tickets are for all 3 days of the festival.  After the festival, spend some time either on Hvar Island, Dubrovnik, Zadar, Plitvice Lakes, and many other must see spots in Croatia.

Head to Venice for the Festival of the Redeemer (Festa del Redentore) on July 15th-17th.  This festival commemorates the end of the bubonic plague.  Venetians celebrate by spending Saturday the 16th on a gondola and having a fancy dinner on board or aside the canals.  They then watch an incredible fireworks display at 11:30 PM.  After the weekend in Venice, head down to Cinque Terre for a couple of days and then Florence (my two favorite parts of Italy) for a perfect Italian getaway.

July 22nd -24th: Spend the weekend at one of two huge music festivals in Europe.  Head to either Tomorrowland in Boom, Belgium or the Secret Garden Party in Cambridgeshire, England.  Unfortunately, tickets sold out in minutes for Tomorrowland, so you would have to be willing and able to purchase via a resale market.  Boom is located between Antwerp and Brussels and therefore easily accessible by train if you fly into Brussels airport.  Tickets are already on sale for the Secret Garden Party and are a total of 186 pounds for the weekend; you can also pay in two installments if you prefer.  Transportation options are plentiful as you can take the train from London Kings Cross Station to Huntingdon, or a shuttle bus that runs between the train stations.

July 25th-  If you booked a roundtrip ticket, fly back to Barcelona (BCN) and get on your flight home.  If you are continuing on in Europe, pick some bucket list spots to explore and then join me again on my festival guide for August starting on the 9th.

Where is your favorite spot to visit in Europe during July?