My Love Hate Relationship With Coachella 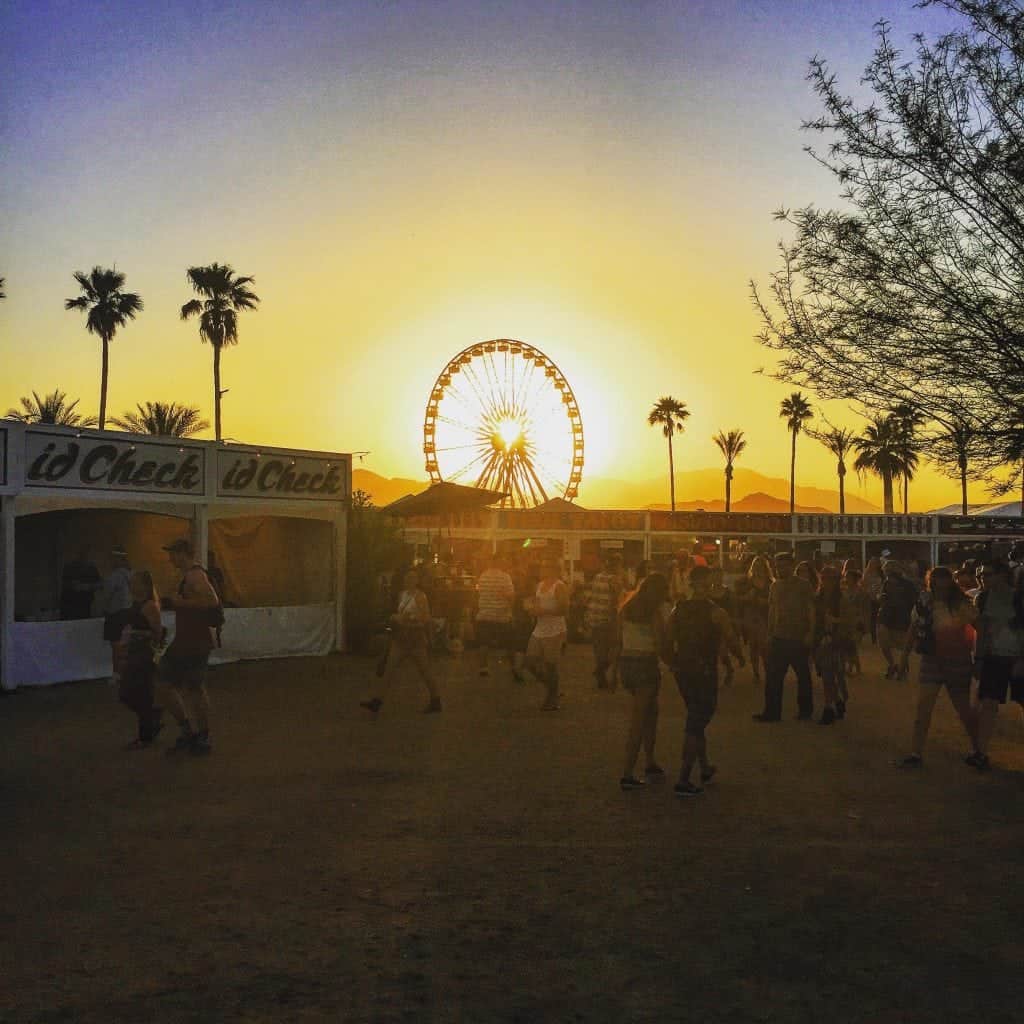 Coachella: The Good, the Bad, the Ugly, and the Beautiful

Time for some real talk.  I never had any desire to go to Coachella.  Let me rephrase, I never had any desire to pay $375 dollars for a wristband which quickly turns into $1000 plus with accommodation, food, gas, drinks, and outfit money to go to Coachella.  But since I have been fortunate enough to get a free VIP wristband for Coachella on Sunday the past two years, you best believe I am driving down to Indio no matter what.  And before you say that clearly I must have psychotic tendencies for not instantly doling out hundreds of dollars for Coachella and zero appreciation for music to boot, let me explain. 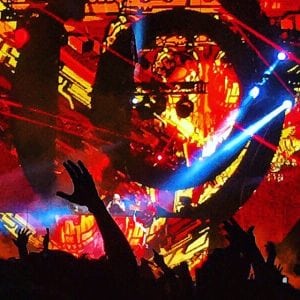 Music is a powerful experience.  When I hear a song like “Your Daddy’s Son” from the musical Ragtime or Celine Dion sing, well, anything, I am overwhelmed with emotion in the most inspiring way.  So when I go to Coachella, I hope for a performance like Sia this year where her voice is impeccable and the creative direction of her performance is unique and thought-provoking.  Most of the time though, the acoustics are terrible, the dust storms hinder the performance, the microphones aren’t working properly, and you are either so far away from the performer you can’t see anything or so close you can’t move.  Now I understand that these circumstances are an unfortunate byproduct of a music festival setting; I am just perplexed when people say they go to a music festival to listen to the music.  There is no question that there have absolutely been epic performances over the years.  However, the ratio of quality shows to mediocre shows is pretty lopsided in my opinion.  I would much prefer to go to the artist’s concert and have a much more fulfilling experience musically.  And that is why I believe most of the people that come to Coachella come to gawk at the multitude of famous artists performing and wonder if/who they are bringing out as a special guest and not for the music. 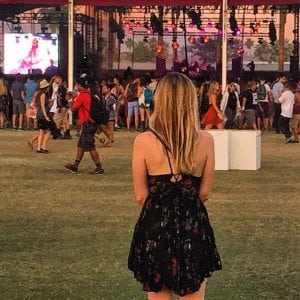 And now, my burning question for all of you is…how can you possibly do this for 3 days straight? One hour after arriving, I can’t feel my feet, my lower back and hips need to be replaced immediately, I have 7 new pimples on my face from all the sweating I’ve done, and my throat has closed from all of the cigarette and marijuana smoke.  I guess for some the answer is drugs, and I’m not judging, but that’s just not my jam.

So now you’re probably saying to yourself, dude this chick is so negative, is there anything she actually loves about Coachella?  I want to hear the good stuff!  Well, my absolute favorite part of Coachella is the rose garden in the VIP area.  It’s not too crowded, you can sit down in a shady spot in the middle of a ridiculous amount of beautiful roses, people-watch (which lets be honest is another major highlight of Coachella), and they have the best cocktails!  Shout out to tequila with ginger lemonade, and please keep them coming!  I don’t want to feel my feet anymore!  And as a bonus, you can hear the music coming from the Sahara tent without being inside that sweaty madness.  Another great part about Coachella? The food!  Whoever thought uprooting the trendiest restaurants in LA and having them bring with them their top 5 dishes clearly has it going on.  Except when the Grilled Cheese Truck sells out of mac and cheese grilled cheese and Free Range sells out of loaded potatoes each year respectively.  Then I go right back to hating Coachella.  But then they keep the water prices at $2 so it’s love at first sight all over again.  I am sure there is some sort of legal reason for that, but for once, I am not complaining because that is a beyond fair price.  Also, I get the whole porta potty situation, and I am okay with that.  But please refill the soap in the dispensers like at least one time throughout the weekend! 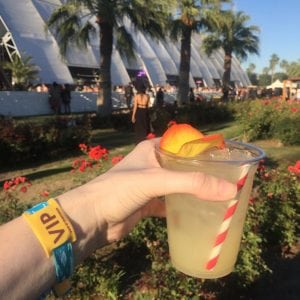 Another thing I love about Coachella?  The fashion!  I am not a shopper.  I wear Lululemon yoga pants and a white t-shirt probably around 352 days a year…that blogger life.  However, it is pretty amazing to see the men’s and women’s fashion at Coachella.  The leotards, abs, and fur capes that people rock in the desert are pretty insane in the best possible way.  I love to be inspired by certain outfits and have so much admiration for everyone who is able to pull off these ensembles, the more ridiculous the better.

Coachella is about the experience as a whole.  The reality is, it’s just cool.  And I mean that in both the fact that it is obviously a “sceney” kind of cool, but it’s also a unique, exhilarating opportunity to spend a weekend in the desert.  After now having attended Coachella, would I change my initial decision and spend $1000 plus to go?  Probably not, but I definitely have a greater understanding as to why so many people do find it worth it.

Now, if only I could get into some of those parties…Revolve? Levi’s? Anyone?