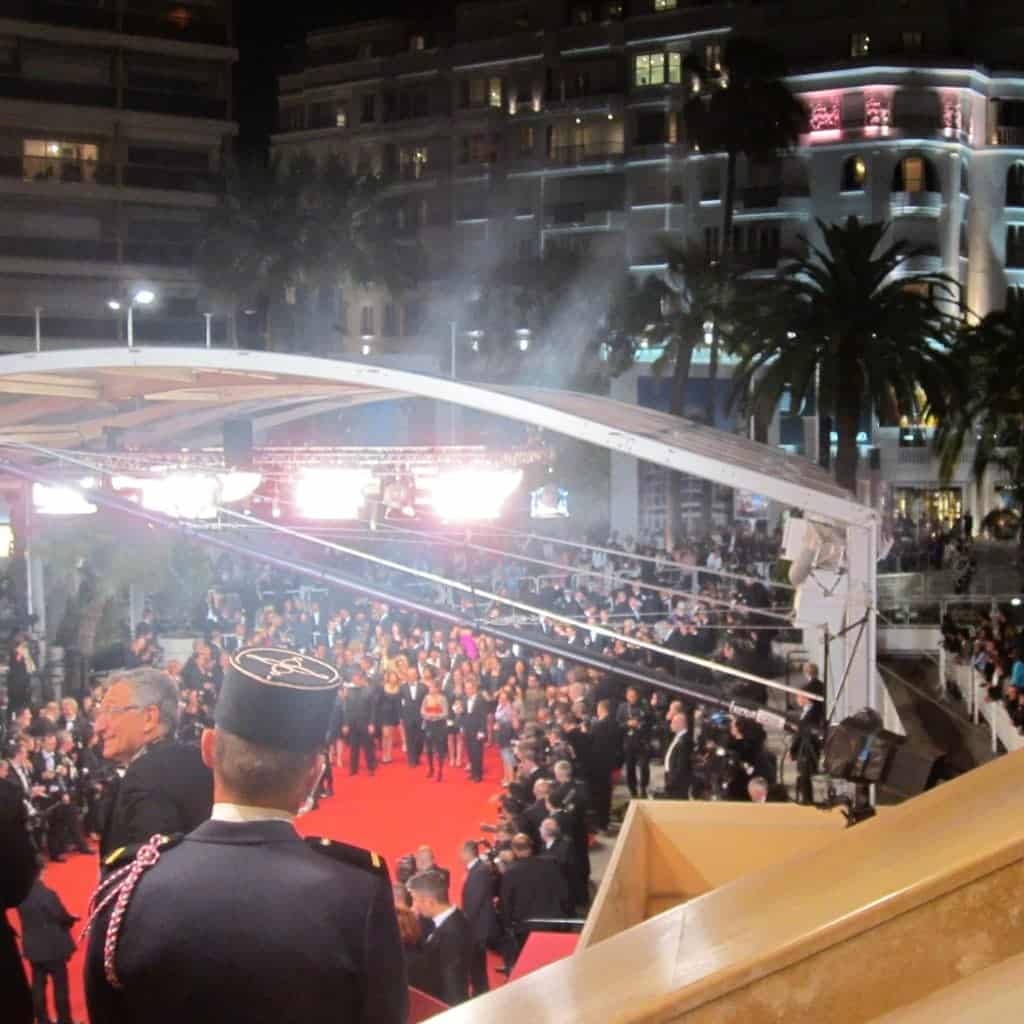 I was very fortunate that one of my best friends from college was the vice president of a production company and had to work at the Cannes Film Festival for two weeks.  Since I was teaching English in Spain, I just hopped on over via plane– Madrid to Marseilles– and then I took a train for a couple of hours through the beautiful southern French countryside and arrived in Cannes.  And, even though Nicole Kidman still does not know I exist, I am so grateful for my friend as I could not have had a more incredible time. 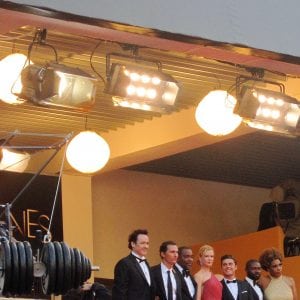 We had planned the meet up so that I would come for the final weekend of the Cannes film festival as that would allow him to have finished the majority of the work he needed to do at the festival.  I arrived on a Thursday afternoon and was told I immediately had to get ready because we were going on the red carpet and into the theater to see a film!  Never in my wildest dreams did I expect to be able to go into the Palais!  That’s probably not true actually.  I definitely dreamed about it but never expected those dreams to  have actually panned out.  Hence, why I had let my hair air dry before I left and did not bring any fancy dresses with me, just Vegas-style club outfits.  Anyway, we were seeing a foreign film titled Post Tenebras Lux and truthfully, I might have fallen asleep.  I am sure it is a highly acclaimed film, but that didn’t mean it was easy to watch.  Still, I could not believe my luck; here I was in Cannes and on my first night, I was able to walk the red carpet and see a film inside the Palais.  I know I keep saying this, but seriously it was so cool! 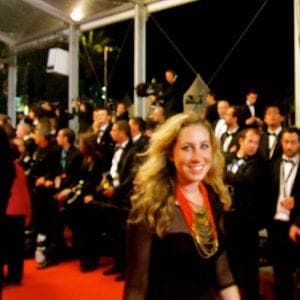 Also, let me not forget to mention that the place I was staying at was a rented apartment directly across from the Palais.  When I say directly, I mean you can go out on the terrace with a glass of wine and see the throngs of people lining up to watch the stars enter the Palais.

I mean this was the picture I took from the balcony…like what???? 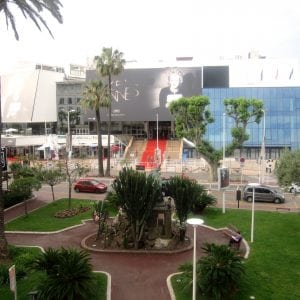 The following day I met my friend inside the Palais and I was able to see the behind the scenes work stations where all the deals are made.  Then we did what we do best…pizza, wine, and gelato all of which are pricey and plentiful throughout the croisette.  That night, the greatest thing ever happened…my friend was able to procure two more red carpet tickets to see Hemingway and Gelhorn starring none other than my favorite actress Nicole Kidman!!!  Excuse me while I sing Come What May for the next four minutes.  Ok I’m done.  As I was walking down the red carpet where Nicole Kidman was about to walk, I felt like the absolute coolest and most important person in the world.  Oh yea and Matthew McConaughey and Zac Efron were there as well.  Needless to say, I absolutely loved the film, although I think the reviews were poor.  Whatever, it was on HBO so it couldn’t have been too terrible. 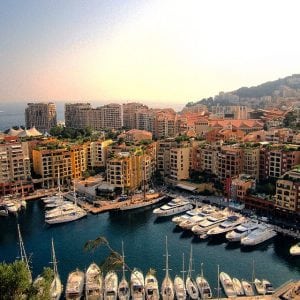 As if this whole experience already hadn’t been enough, the next day we took about a one hour train ride to Monaco because we heard that the Grand Prix was happening that same week.  While in Monaco, we were able to watch the preliminary races, join the festivities around Montecarlo, and watch the crazy expensive cars pull in front of the famed casino. 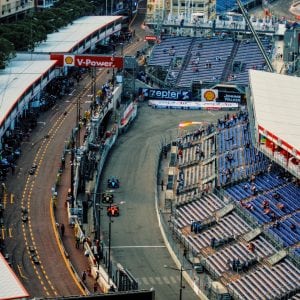 We were having so much fun that we almost missed the last train back to Cannes.  We barely made the train and were completely crammed in there.  We actually didn’t think we could get more squished until someone came on with a bike!  As not funny as this may be to you now, I can promise you it was just as not funny to everyone on the train who was already awkwardly standing on top of their neighbor.  Except actually everyone is laughing in this picture except for me! 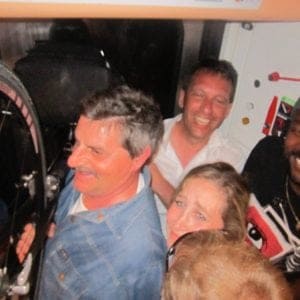 But enough of this tangent, the Cannes Film Festival was truly a once in a lifetime experience and I feel so privileged and thankful to have had the opportunity to attend.

You may ask if it makes sense to go to Cannes during the festival if you don’t have connections in the industry.  I think the answer is a definite yes as long as you set your expectations ahead of time.  The film festival works on a lottery system for people registered for it.  Therefore, you will not be able to obtain tickets from a box office or someone on the street.  Once you come to terms with this and also the fact that accommodation prices in Cannes and nearby cities skyrocket during the festival, you can truly enjoy the benefits of coming to Cannes in mid-May.  There are tons of events along the croisette and the red carpet is out in the open in front of the Palais, so you will be able to see the stars enter the theater.  Nightclubs, restaurants, and lounges all have parties and many of them are open to the public.  Since there are so many celebrities in town, many of the parties have special guest performers.  Furthermore, you can take a quick train ride over to Monaco for another great event, the Grand Prix!  There are street fairs in the plazas and you can walk to an overlook to watch the preliminary races for free.  Overall, this is a great time to experience the hustle and bustle of the French Riviera during their event season. 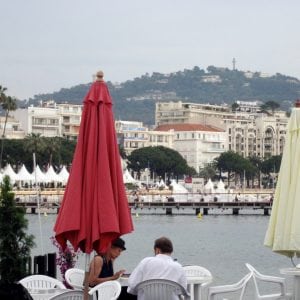 Have you ever been to the Cannes film festival?  What do you think of the experience?